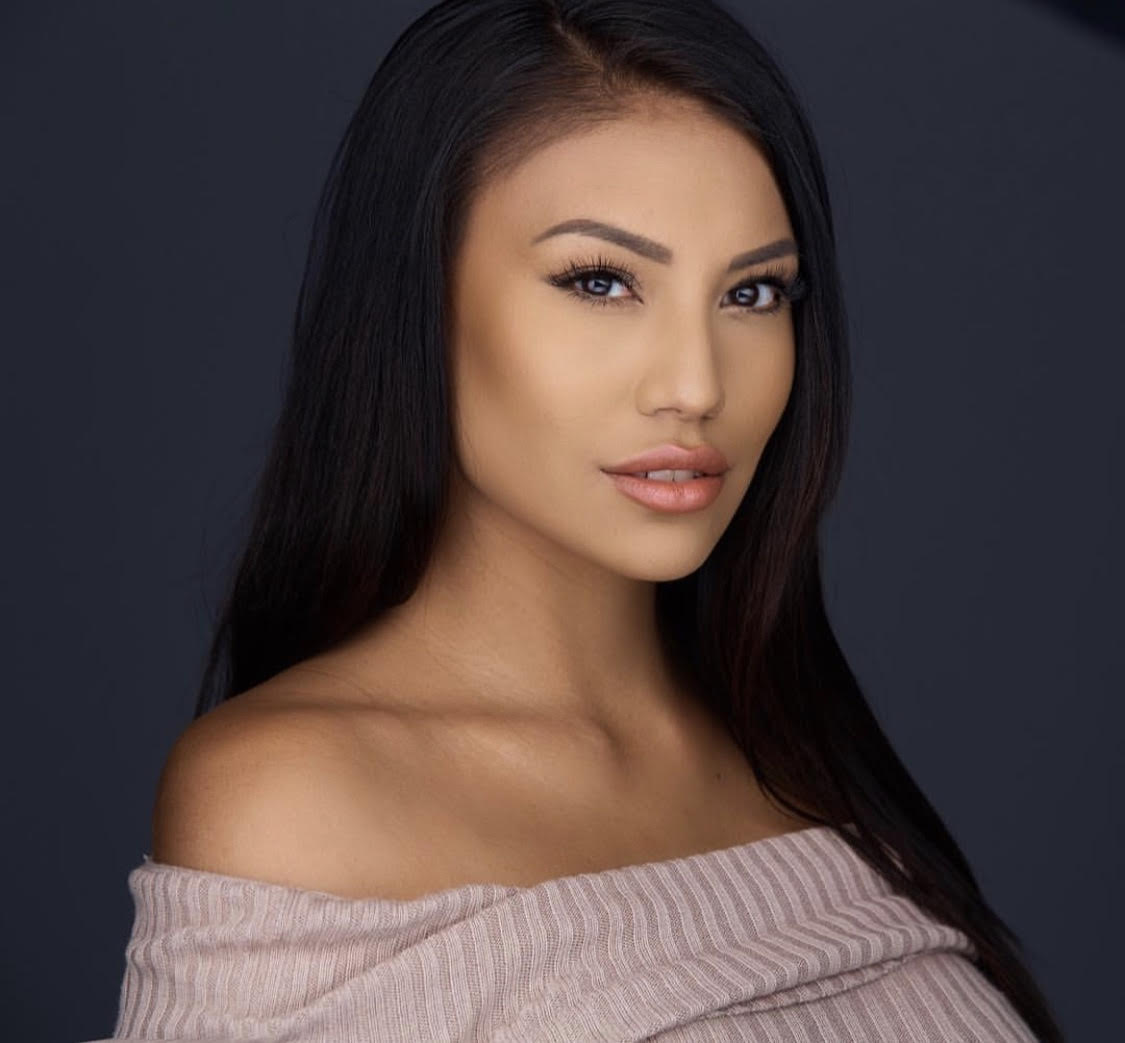 Ashley Callingbull is a Cree First Nations from the Enoch Cree Nation in the province of Alberta, Canada. She is very devoted to her culture and her people, and takes pride in her Native Cree heritage, and has shown this through her volunteer work with community Elders and youth.

Ashley is a model, actress, jingle dress dancer and First Nations activist who was reigning Miss Universe 2015, an actress on the Gemini award winning series Blackstone, and a contestant on the Amazing Race Canada in 2016.

Ashley is also an international motivational speaker and role model for many educational institutions, workshops, conferences and award ceremonies. Ashley has spoken at Harvard University, TED Talks and WE Day. AShley’s hard work and charity work was recognized as she received the Role Model Award at the Dreamcatcher Gala and she also received the Top 20 Under 30 Award in Canada. Ashley also received a role model award from the United Nations for Global Dignity Day.

Ashley has graced the magazine covers of Chatelaine, OptiMYz, Dress to Kill, Kind Magazine and has written for Flare and Fashion Magazine. Ashley is a spokesperson and model for Hillberg & Berk, RW&Co and the Nike N7 organization.

“I’m so honored and excited to be the Physical Activity Ambassador for the ISCA. Health, Mental Wellness and Physical Activity are extremely important to me. I’m happy to share how my workouts are beneficial for a healthy lifestyle. I hope to motivate the youth, adults and Elders to take part in taking care of their physical and mental well being”. 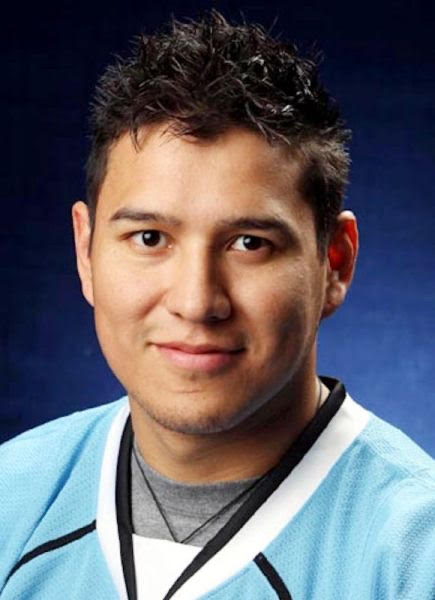 Saapaataa (One Who is Trailed) Wacey Rabbit is a professional hockey player from the Kainai First Nation of the Blackfoot Confederacy. He is the son of Marvin and Marlene Yellow Hord and Grandson of Larry and Patsy Rabbit. Wacey started his minor hockey career in Kainai, Fort Macleod, Lethbridge, Airdrie, and Calgary Northeast Minor Hockey Association. He also played with the Chinook Country Selects, Foothills Elite, and Northern Alberta summer hockey programs. The Saskatoon Blades drafted Wacey in the 3rd round 41st overall pick in the WHL Bantam Draft. He spent 5 seasons playing in the WHL split between the Saskatoon Blades and the Vancouver Giants.

Wacey’s junior career was highlighted with winning a gold medal in the Canada Winter Games with Team Alberta in Bathurst New Brunswick (2003). Representing Canada at the World Under 18 Ivan Hlink a hockey tournament in the Czech Republic (2003). He also participated in the CHL Top Prospects Game (2005) and the CHL Subway Series (2005), where he played for Team WHL against Team Russia. Wacey was awarded the WHL Doug Wickenheiser Memorial Humanitarian Award in 2005-06 for his “Outstanding effort and involvement on the ice and in the community”.

Saapaata’s last junior season was in 2006-07 when he was traded to the Vancouver Giants. The Giants and Wacey had a successful season and playoffs where he received the WHL Western Conference playoff MVP, and the Vancouver Giants went on to win the 2007 MasterCard Memorial Cup!

Wacey was drafted in the 5th round 154th overall pick by the Boston Bruins 2005 NHL Entry Draft. His professional career began and signed his first NH: contract in 2006. He spent 5 seasons playing in the American Hockey League, where he played for the Boston Bruins organization for three seasons (Providence Bruins) 2006-2009, 1 season with the Nashville Predators Organization (Milwaukee Admirals) 2009-10, and the Florida Panthers (San Antonio Rampage) 2011-12. Wacey spent eight seasons abroad playing in different countries around the world, including Austria, Croatia, Norway, Italy, Japan, the Czech Republic and Romania. Saapaata spent the last three seasons playing for the Winnipeg Jets Affiliate, the Jacksonville Icemen in the ECHL where he added player/coach to his professional resume.

“I am honored and excited to join the ISCA as the hockey ambassador. I feel physical activity, sport and recreation are essential for our People. It is excellent for the mind, body and spirit to be physically active. The ISCA Fitness Challenge and Family Challenges are great examples where everyone gets to participate: children, teenagers, adults and Elders”. 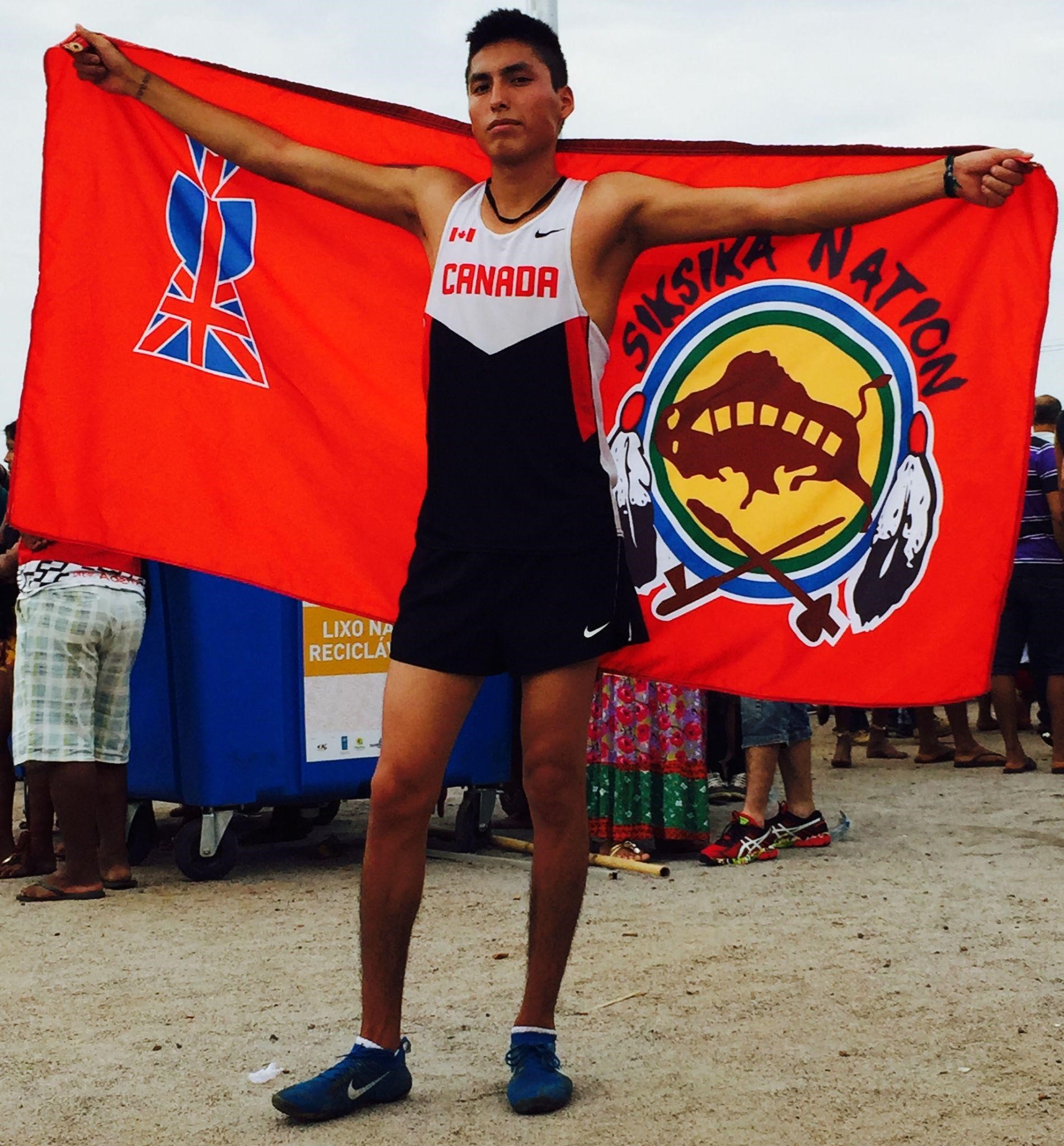 Rilee Many Bears linomaahka (Running Buffalo) was raised by his parents on the Siksika Nation in Southern Alberta along with his three younger siblings. During his elementary school years, Rilee joined the school track and field team at the encouragement of one of his teachers. Linomaahka also participated in other sports including cross country running, basketball, volleyball, and golf throughout his school years. In his final high school graduation year, he set a record for the Bassano School by competing in 4 different ASAA Provincial Championships in one year; Track and Field, Cross Country, Volleyball and Skills (TV/Video Editing).

It was also a devastating time when he lost his father who always supported and encouraged all his children in their sports and not long after, Rilee began struggling with drugs and alcohol to numb his pain. At the encouragement of his younger brother, he began to realize the self-destructive path he was on and how it was upsetting his family. He began running again as his form of healing therapy.

The following year, Rilee began training for the 2014 North American Indigenous Games being held in Regina, Saskatchewan. Linomaaha trained hard and won the gold medal in the 3,000m along with 2 bronze medals in the 1,500m and 6K cross country events respectively. Rilee then began training with the University of Calgary Track & Field Team preparing for the Canadian Cross-Country Championships in Vancouver, British Columbia, later that year.

In 2015, Rilee won the Gold Medal at the 1st Indigenous Games in the 8.4 Km event held in Palmas, Tocantins, Brazil, with +1,500 athletes from over 20 countries all around the world participating. In 2016, he was selected to represent USA Team Running Strong to participate at 2016 Boston Marathon in April.

Rilee was a part of a youth program run by youth called “Siksika N7 and they run youth programs and events for the nation’s youth. The meaning of these running events is to inspire the youth to make positive choices. The SN7 crew also brings in guest speakers for the youth so they can be inspired by them. In 2017, the Siksika N7 program won a community change award from the ARPA (Alberta Recreation Parks Association) and a youth role model award of Alberta that year as well. Rilee also serves as an ambassador for two non-profit organizations, A.M.A. Youth Run Club Ambassador for Ever Active Schools, and Spirit North. One of his greatest accomplishments in life is being a drug and alcohol free First Nations Youth”. 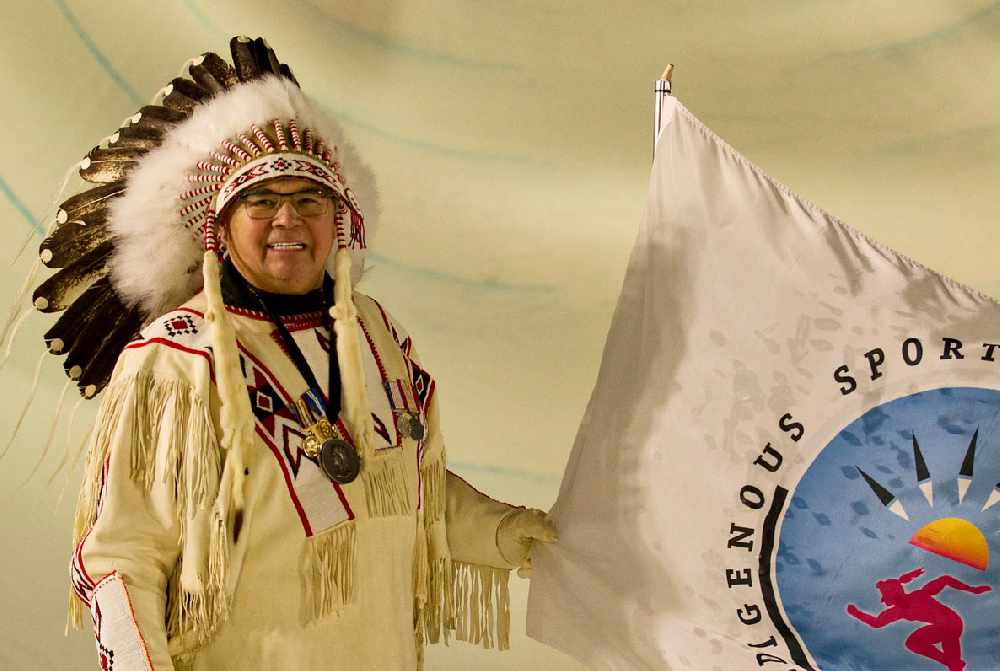 The Indigenous Sport Council of Alberta (ISCA) is proud to announce our ISCA Elder Ambassador Strater Crowfoot. Mr.Crowfoot is a direct descendent from the great Cheif Crowfoot who signed Treaty 7. Mr. Crowfoot is a proud Siksika Nation member and was former Chief of Siksika for several terms. From 2006-2008 Mr.Crowfoot became the first Indigneous board member for the Energy Board of Canada. He is currently the CEO and Executive Director for the Indian Oil and Gas Canada (IOGC).

Playing all kinds of sports growing up and having completed 5 full Iron Man competitions and completed 50+ half marathons/full marathons. Mr.Crowfoot is an avid sports fan and is passionate about fitness and physical activity. He has coached basketball at the community and elite club level for 15 years. Mr.Crowfoot has raised one daughter and five sons with this wife Ellen. All six of their children played high school basketball while 3 of their sons played College/University basketball in Alberta. Additionally, Mr.Crowfoot’s daughter played Division 1 University Rugby at Brigham Young University in Provo, Utah. His sons have also played basketball for Team Alberta (organized by ISCA) in previous North American Indigenous Games (NAIG). Mr.Crofoot loves traveling to and spending time with his 6 children and 15 grandchildren who live in Alberta and in the States.

Mr.Crowfoot holds a Masters in Business Administration from Brigham Young University which he received in 1985 and is a strong believer in higher education for Indigenous people to provide necessary knowledge and tools to create opportunities for themselves and their families.

“Consider who you are - you come from a noble heritage. Just as your forefathers armed themselves for battle by preparing from their youth physically, mentally and spiritually, so we today must also prepare ourselves to fight against poverty, ignorance and a relegated position in society” - Mr. Slater Crowfoot circa 1988-89